From KSYK to study at Cambridge – how is that? 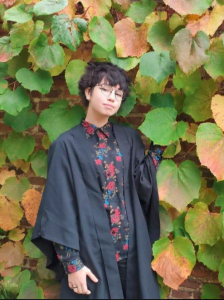 For our great pleasure Tarina Franklin graduating from KSYK YT-linja 2019 received a place of study from the famous Cambridge University UK. How has life changed when moving from KSYK to Cambridge? Following questions were asked and check out how Tarina replied!

– What are you studying and where exactly?
– What has surprised you the most – in (positive or in a challenging way?
– How did your studies at KSYK prepare you for your current studies?
– What would you like to say for current and future KSYK YT-linja students?

I am currently nearly two months into studying Human, Social and Political Sciences (HSPS for short) at the University of Cambridge, England. For this first year, one half of my course is comprised of politics, with one paper on the modern state and another on international relations. The other two papers are on sociology and social anthropology and for each paper, I have around two lectures each week. Most of my work is therefore comprised on independent reading and essay writing, which is reviewed in regular supervisions in groups of three or four and, come summer, in four three-hour exams. I’m studying at a college called Trinity Hall, which was founded in 1350, making it one of the oldest colleges in Cambridge. The college is where I sleep, eat and do most of my work, and the lectures are all a short walking distance away.

I need to write around two essays a week, twelve in total for this term, and as each essay requires extensive reading, the workload certainly took getting used to. However, I have been very positively surprised, sometimes even overwhelmed, at how friendly everyone is here, from staff to fellow students. The most useful aspect of KSYK in terms of my studies here was the emphasis on essay writing in several subjects, especially the way we were often required to interpret academic texts to back up arguments of our own. My main message to current and future YT-linja students at KSYK is that no matter where you aim to go after lukio, language skills are vital. Learning languages may seem like a chore now, but from an international perspective, the more you know the better!